The Sentinel By Touche 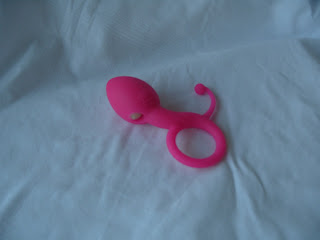 Bullet is weak
Not for beginners.

It could be used for double penetration action while having vaginal intercourse.  You could wear this anally for long term but sitting sown is uncomfortable.

It is made from a medical grade non porous silicone that is hypoallergenic. It is latex and phthalates free.  The silicone is not sticky and does not really collect any lint or hair.   It has no taste and no smells to it.  It is easy to clean and is safe to use between partners when properly cleaned in between users.  There are no textures to this toy.  It is smooth but I wouldn’t call it silky or velvety. The silicone does have some drag to it so some water based lube is called for. The silicone does carry the vibrations.  The tail portion of the toy is flexible but the pull ring is stiff and I wouldn’t be concerned with using it anally. 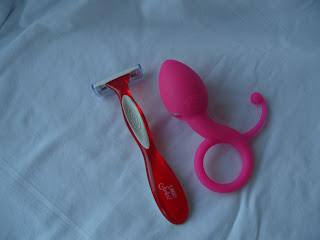 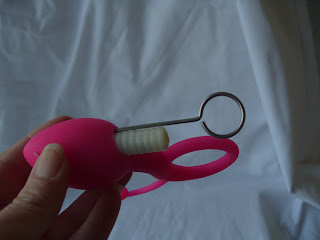 The head portion has a hole in it that contains the bullet.  The bullet is 1 inch long and has a circumference of 1 ¼ inches.  The bullet is completely removable from the toy with the bullet key.  The key is included with the toy and it slides in beside the bullet you turn it so that the end piece catches the bottom of the bullet and it pulls the bullet out.  The bullet is very firmly attached into the head of the toy so I wouldn’t worry about it getting out while you have the toy inside of you.  According to the packaging it is shower proof.


The bullet is very weak and only has the on and off  function.  The silicone can carry the vibration but not much.  Honestly, the little disposable bullet on some of the cock rings is much better at performing vibrations.  The vibrations are of the buzzy type.  The bullet does come with it’s own batteries so you don’t have to worry about finding them.

I am definitely looking for a replacement bullet to use in this toy because the toy is such a great shape but the bullet is such a dud.

The silicone is easy to care for.  You can use your toy sprays, antibacterial soaps and water.  After you remove the bullet you could boil the toy or place it in your dishwasher.  You can wipe it down with a 10% bleach solution.  I would suggest using only water based lubes so the finish isn’t compromised on the toy.  Also, store your other toys away from each other so they don’t try to meld and ruin each other’s finishes.  I have been storing my toys in some fabric pouches that I had made or in plastic baggies. 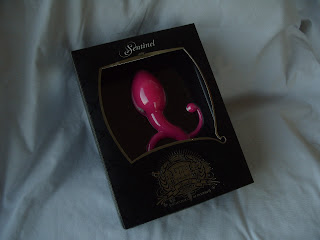 The packaging from Touche is nice looking in appearance.  It comes in a black box with silver writing on it. The toy is contained in a clear plastic clam shell that shows the toy through a hole in the front of the box.  It has instructions in multiple languages.  You are provided with the bullet key.

More information can be obtained at  www.touchyourpassion.com

I can really only rate this toy a 2, It's bullet really isn't worth the cost of the toy. It's silicone is not soft and velvety, it's just ok, nothing special.

Something for the weekend